The capital of Vietnam, Hanoi is like any other typical modern city characterized by noise from the sound of horning cars to the motorcycle engine noise. However, despite all that negative vibe, the city has got plenty to offer in terms of mesmerizing locations to visit as well as interesting activities to engage in. Hanoi can be explored via foot or through motor vehicles depending on the approach towards which you will take, satisfaction is fully guaranteed. The city provides a profound blend through which the west and the east intertwine. For instance, the French had their own fair share of interaction with Vietnam dating back in the colonial era; and is still visible today from the French architectural designs that still stand to date. Read through the article to capture some of the place and activities you can tour and perform respectively in Hanoi.

There is nothing satisfying that riding your bike in a calm cool environment at night as you explore the area. This endeavour provides you will an up close and personal view of the city of Hanoi. It is advisable to contact the bicycle riding agency in case of any emergency arising from your bike. Tour guides is always in position to make sure you don’t find it hard moving about the city.

Located in an urban centre, it is one of the popular destinations in Hanoi drawing large numbers of locals and international tourists. The area around the lake is propped up with top-notch hotels as well as residential area for the wealthy class in the city. It provides excellent sites to see in addition to, relaxing joints.

The temple was built in the year 1070 and it’s proud to be Vietnam’s first university. Additionally, it a sign of honour to the scholars of the nation. Calligraphists from far and beyond journey to this destination during the Asian new year to pass their messages of good wishes; through writing on the steps of the temple as gifts in Han characters.

Away from the places to visit, there are fun activities that can be taken into considerations such as shopping. The city of Hanoi offers a wide range of goods to shop for ranging from the delicious cuisines in the streets and markets to the shopping malls in the area. Some of the shopping centres in Hanoi include Dong Xuan market, Hang Gai street and Lotte centre Hanoi.

The French built the facility to house Vietnamese prisoners since its completion in the year 1896. Living conditions in the prison were cruel in addition to, overcrowding in the cells. Hoa Lo prison provides a historical significance and can be visited to understand the struggles and the horrors the detained individuals went through.

Coffee is a famous beverage in the city of Hanoi with different lounges in the city. The French first introduced coffee to Vietnam in the late 19th century, but the locals quickly transformed it into their own and today they are a master class with respect to coffee preparation. One of the most hyped delicacy resulting from coffee is the artistic local egg coffee which tastes sublime.

Halong Bay is a gorgeous site to behold due to the huge limestone karsts as well as the islands around the region. Furthermore, the water is clear and it is also a potential swimming area with warm waters. Halong Bay is also a destination with tasty seafood that you can enjoy eating as you Cruz the waters eyes fixed on the beauty of the landscape. 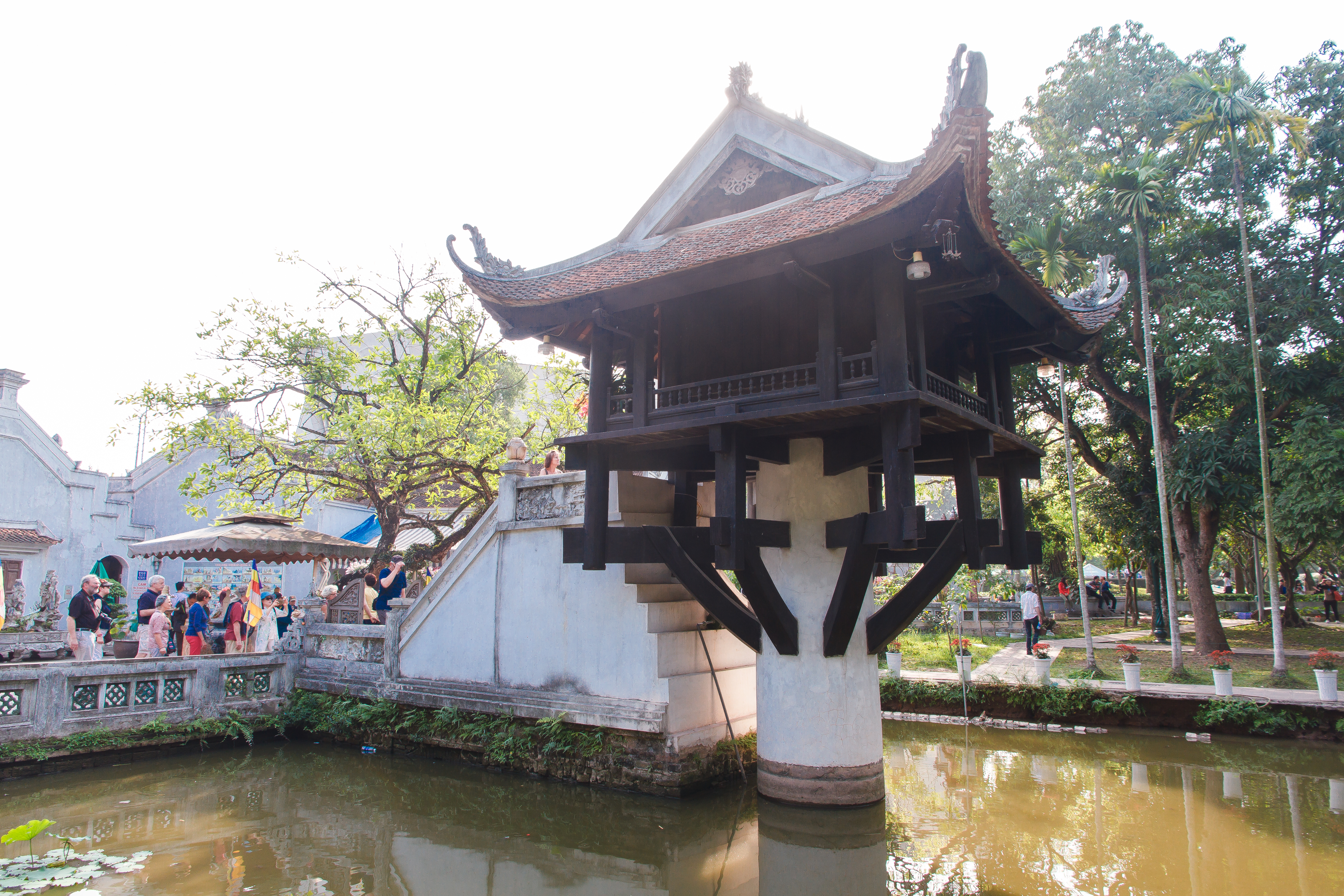 The structure exhibit close relations in terms of structure to a blossoming loftus flower. It was constructed by the emperor as a sign of expressing gratitude after been blessed with a son. It is believed the emperor received a prophetic dream that eventually to the birth of his son. The one pillar pagoda resembles a tree house and it’s a temple for the Buddhist.

One of the cutting-edge puppet theatre in town is the Thang Long puppet theatre where the puppets perform a dance on stage while sliding on water. The puppets are controlled back stage by puppet masters. This destination provides an opportunity to learn more about the Vietnamese art and performing culture.

The scenery is located 48 kilometres from the city of Hanoi. It offers a beautiful view as well as wild animals and different plant species which are a sight to wonder