If you’re a foodie like me, you’ll most likely choose a destination that has a good reputation when it comes to food. Nothing is more disappointing than arriving to a new country and discovering that the food is… tasteless. Food is one of the main reasons to travel, to be able to taste local cuisine and to seek different types of flavors that we aren’t used to is a big part of our travel experience. Food makes us happy, period. And that’s why you should go to one of these 3 countries, which I personally think has the best food.

If you love hummus and falafel, traveling to Israel is a must. And if you’re not a big fan of it, you will be after traveling here. There’s no place in the world that does hummus as good as this region. Although I’ve never been to Lebanon yet, I have lived in both Palestine and Israel, and have to say that the cuisine here is one of a kind. But there’s more to Israel than just hummus and falafel. It’s, in fact, one of the vegan capitals in the world, so you can imagine that there’s plenty of vegetables in their dishes. The Israeli kitchen is healthy, mouth watering, unique and will leave you wanting more. For breakfast, opt for shakshuka, a dish with poached eggs in spicy tomato sauce, which usually comes with a side of bread, vegetables and tahini.

Tip: If you’re in Tel Aviv and looking for the best hummus, a lot of people say that “Abu Hassan” in Yafo has the best one. If you don’t want to go all the way to Yafo, there’s a hummus place in the shuk (market) that also serves kickass hummus. It’s called “Hummus HaCarmel” and can be found inside the shuk. 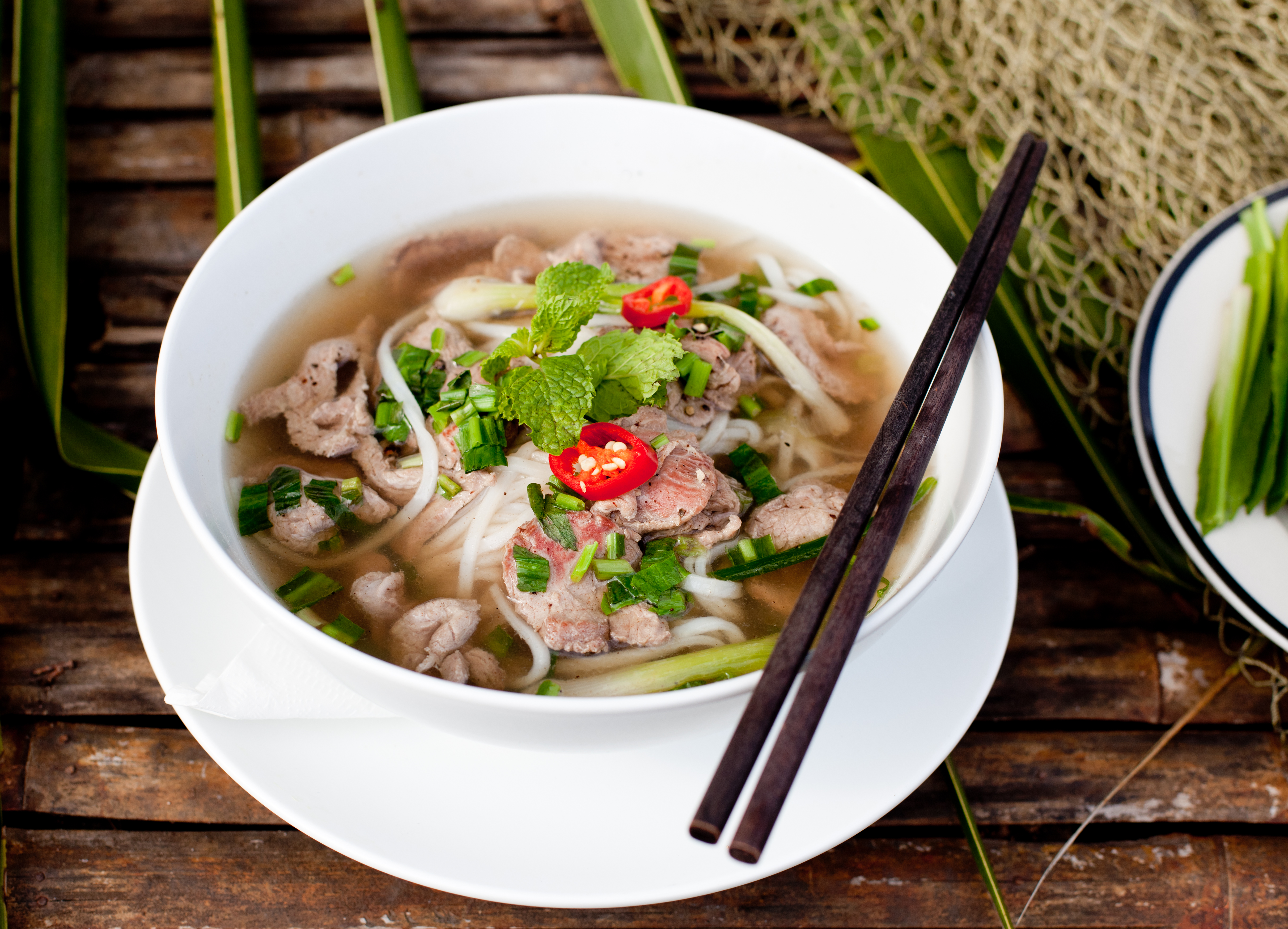 Another one of my favorite kitchens in the world. The Vietnamese sure knows how to cook food and it’s evident when you’re traveling in the country. The cuisine is diverse and varies from region to region, but for the most parts, you can find noodle soups and banh mi’s everywhere in the country. They say the best pho, which is a famous Vietnamese noodle soup, can be found in the north where it originates from, but it depends on your tastebuds. The best way to know is to try them all! What’s so good about the Vietnamese kitchen is that, just like the Israeli, they include a lot of vegetables in their dishes. It’s rare to not eat some sort of vegetables with your dish. The Vietnamese kitchen is usually not so spicy, but you have the option of making its spicier. They always have hot sauce on the side and peppers to add.

Tip: One of the dishes you must try is “rau muong xao”, which is water spinach fried with onion. It may sound very simple, but it’s one of the best you can eat in Vietnam. Have it with a bowl of rice and tofu.

I didn’t think much of Taiwan before I went there, so I had no idea how the cuisine would taste like. Taiwan doesn’t have much of a reputation when it comes to tourism, so it was difficult to know what to expect. But little did I know that the food would be one of the best I’ve had in my entire life. The Taiwanese kitchen is influenced by mainland China, Japan, Southeast Asia and even influenced by some dishes from the US. What you get is an incredible mix of food, with everything from steamed dumplings to noodles to stinky fried tofu. The latter sounds more terrible than it is, and is actually one of the most beloved dishes in Taiwan. You can find it in most markets (which exists in abundance, by the way). Don’t forget to also indulge in Bubble Tea. It was, in fact, in Taiwan where the bubble tea frenzy started. If you think you’ve had good bubble tea in your life, think again. They do it best in Taiwan, and it’s also very affordable. You can find it almost everywhere throughout the country, but the most famous one is Chun Shui Tang, which supposedly is the tea house that invented bubble tea.

Tip: Don’t go and eat breakfast in a restaurant. Instead, go to one of the street food stalls and try some tasty dishes such as Shao Bing Jia Dan, which is baked wheat cake with egg. It might sound strange, but it was one of the tastiest and most filling dishes I’ve had in Asia, and is perfect to start the day with. I wouldn’t eat it everyday though, since it’s fried and perhaps not the healthiest option there is. But when you’re on vacation, you should live in the moment.