Vietnam has a lot to offer for travelers coming this way. You have unspoilt beaches, mystical caves, majestic mountains, tropical rainforests, national parks, and of course, you have the animals that live in them. Unfortunately, the country is facing problems such as poaching and habitat loss, causing many of the animals to become endangered. But luckily, the government is starting to take precaution towards this problem. There’s also four UNESCO Biosphere Reserves in the country, as well as 30 national parks, where poaching is forbidden.

Here are some of the see the native animals of Vietnam you should try to see. Remember that these animals are wild, so don’t try to touch them or interrupt their natural habitat in any way. 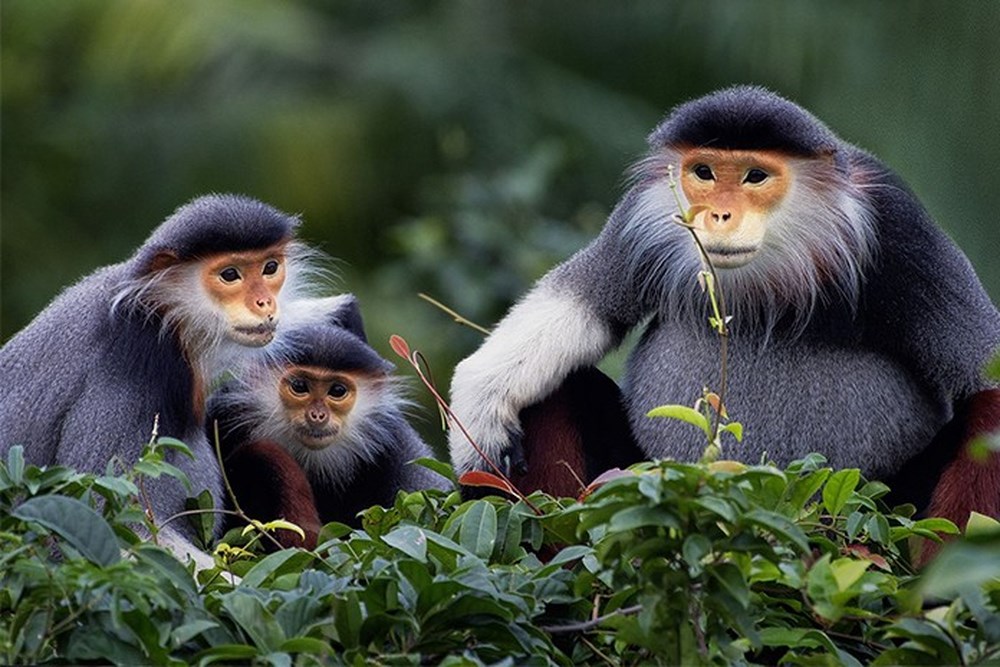 This cute little monkeys can be found in the north/central provinces of Vietnam, but also in Laos. They reside in both monsoon forests and rainforests. But since the forests are rapidly disappearing in Southeast Asia, the monkey’s habitat are being disrupted. They are also victims of illegal poaching and are either being used to make traditional medicine or for having as pets. Unfortunately they are ‘red listed’ which means endangered. The red shanked douc has a very unique appearance to them, and if you’re lucky enough to spot one of them in their wild habitat,  make sure to only observe them and try not to disturb. 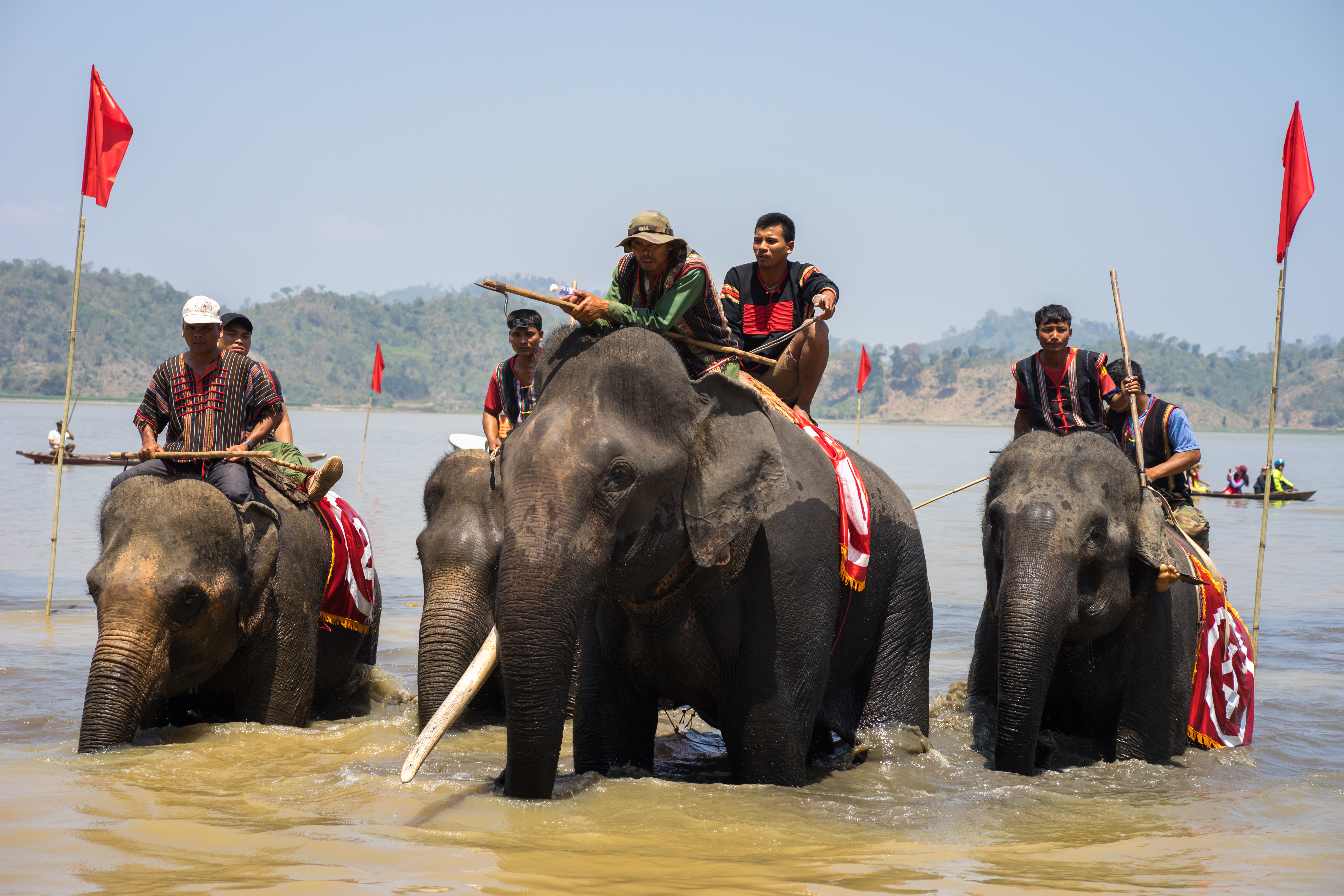 The Indian elephants are smaller than their African relatives and can be found throughout Southeast Asia. Unfortunately, there’s not many wild ones in Vietnam and most of the elephants you see can only be found in sanctuaries or reserves. Elephants have always played a very important role in Vietnam, both cultural and religiously. But these days, they’ve become endangered and there’s only about 100 animals or less remaining. If you’d like to catch a glimpse of them, you should head to Dak Lak province. 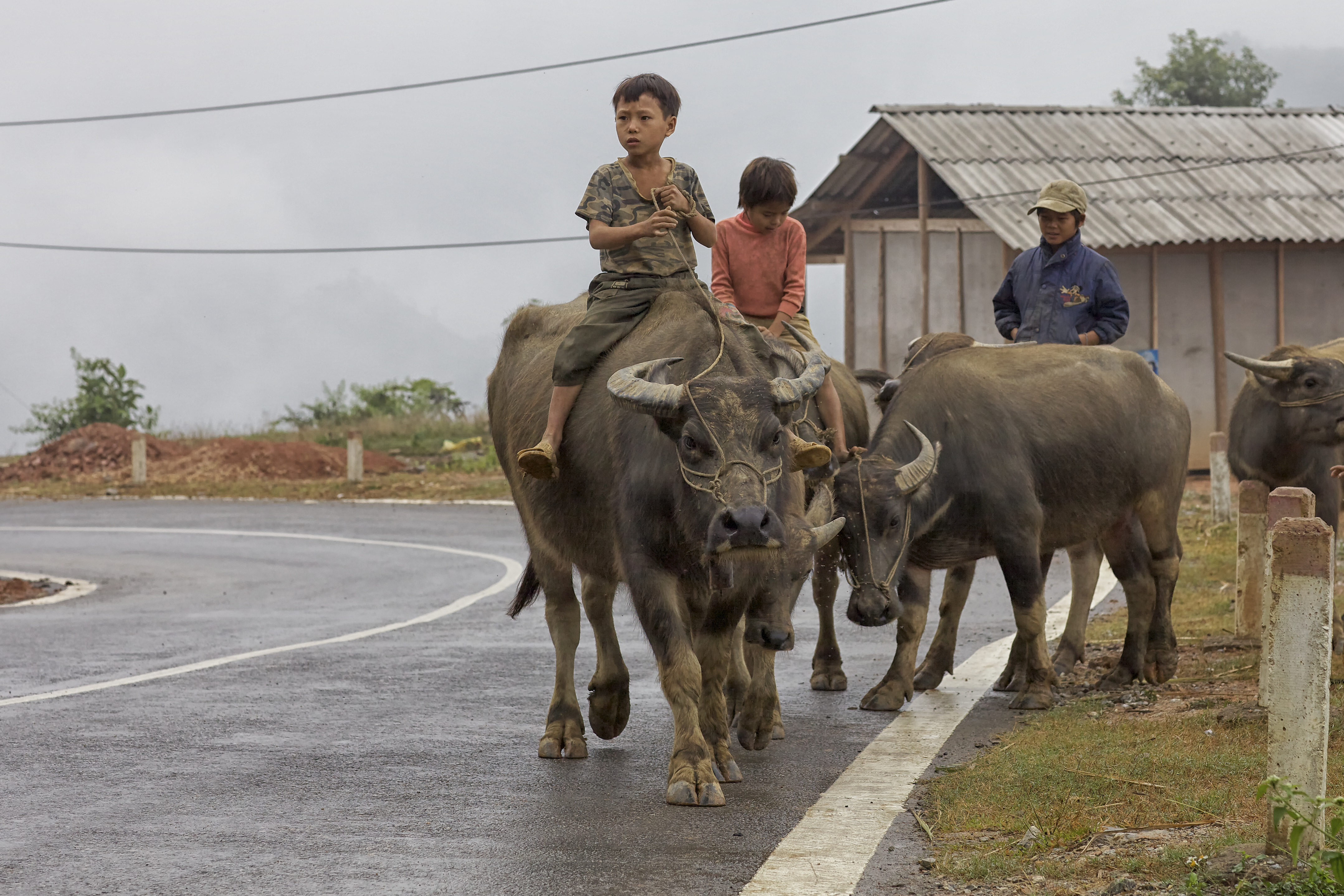 It’s quite impossible to miss these beautiful animals when you’re traveling in Vietnam, unless you only stick to the big cities. The buffalos help carrying supplies in rural areas and many children’s responsibility is to take care of the water buffalo. There’s approximately three million water buffalos in Vietnam alone, so the chances of you seeing one is enormous. They’re big, majestic animals which are often portrayed in traditional paintings.

This funny looking bird will be impossible to miss if it flies over you. It’s a huge bird with a big beak and weighs about 3-4 kilograms. The hornbill rarely touches the ground so your best chance is to look up in the sky. They have been called as the “activists of the forest” since they only eat greens, warns monkeys of danger and spread seeds which will help new trees grow. They are incredibly important for the ecosystem and if they would die out, it would mean that the forest would suffer greatly. Besides Vietnam, they can also be found in countries such as Indonesia, Thailand, China and India. 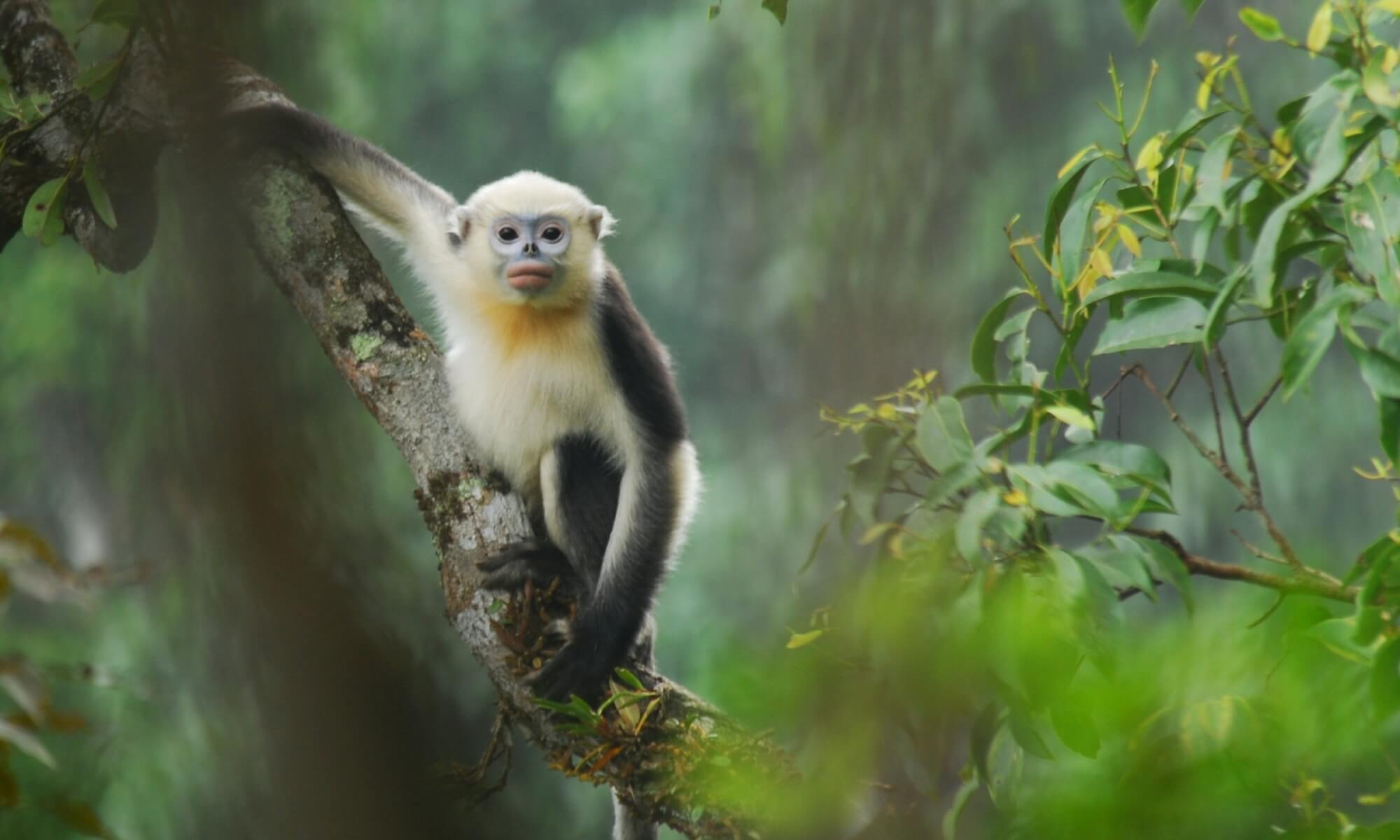 If you want to see these monkeys, you have to go to the north of Vietnam, into the mountains. Beware though – they might look small and cute, but they are also very territorial and will scare off anything they feel poses as a threat. Besides having a very unique appearance, they are also one of the most endangered primate species in the world, so you might not be able to see one even if you go up north looking for them. There are only 200 or less of them remaining in this world. You can only find them in Vietnam, where the government has taken big measurements to protect them. However, there’s still illegal poaching and they are one of the most sought after animals. They might exist in the near future so your best bet to catch a glimpse of them is now.

Kindly note that you will need to apply for a Vietnam visa before you enter the country. There’s three options: Visa on Arrival, E-Visa or go to your local or nearest Vietnamese Embassy or Consulate and apply with them. The other two options are done online and are by far the most popular alternatives for foreigners. It’s simple, easy and affordable. You can do it from where you sit now, all you need is a computer and internet, and you’re good to go. Not everyone can apply and get an E-Visa though, so if you’re unsure, if you can, please contact your embassy.