Traveling in Asia is a must if you like iconic cities, historical towns, grand nature, pristine beaches, rich cultures and a cuisine that will knock your socks off. Asian food is extremely diverse as well and you’ll notice it once you start traveling here. It’s not only about rice – although it’s an important part – but also about the different spices and flavors that make Asian cuisine so flavorful and rich. Traveling to Asia will give you a deeper understanding towards this incredible continent and its people. There’s really no reason why you shouldn’t go here. Let’s dive deeper and explore 7 incredible Asian cities that you must visit once in your life.

One of the most popular tourist destinations in Asia is Bangkok, the capital city of Thailand. It’s a fascinating city full of life and fun things to do. There are about 8 million inhabitants in the city so you’ll never really be alone here – but that’s part of the charm! There are grand palaces here, an abundance of markets and huge malls, museums, parks, rooftop bars where you can see the entire city and even a Chinatown. If you want to party, one of the most famous streets is “Khao San Road”. It’s one of those famous, classic backpacker places which you’ll either love or hate. Either way, it’s worth a visit.

This up-and-coming city is starting to gain more popularity amongst travelers. Long gone are the days when people only went to Bali when they traveled to Indonesia. Java is slowly gaining more tourism and if there’s one city there that you shouldn’t miss, it’s the charming Yogyakarta, also called Jogja. Wander around the winding and beautiful alleys, take photos of all the street art (there’s plenty) and try some local dishes, which are by far cheaper than in Bali. When you’re in Jogja, don’t forget to visit the Hindu and Buddhist temples, Prambanan and Borobudur, some of the most important and magnificent temples in the world. 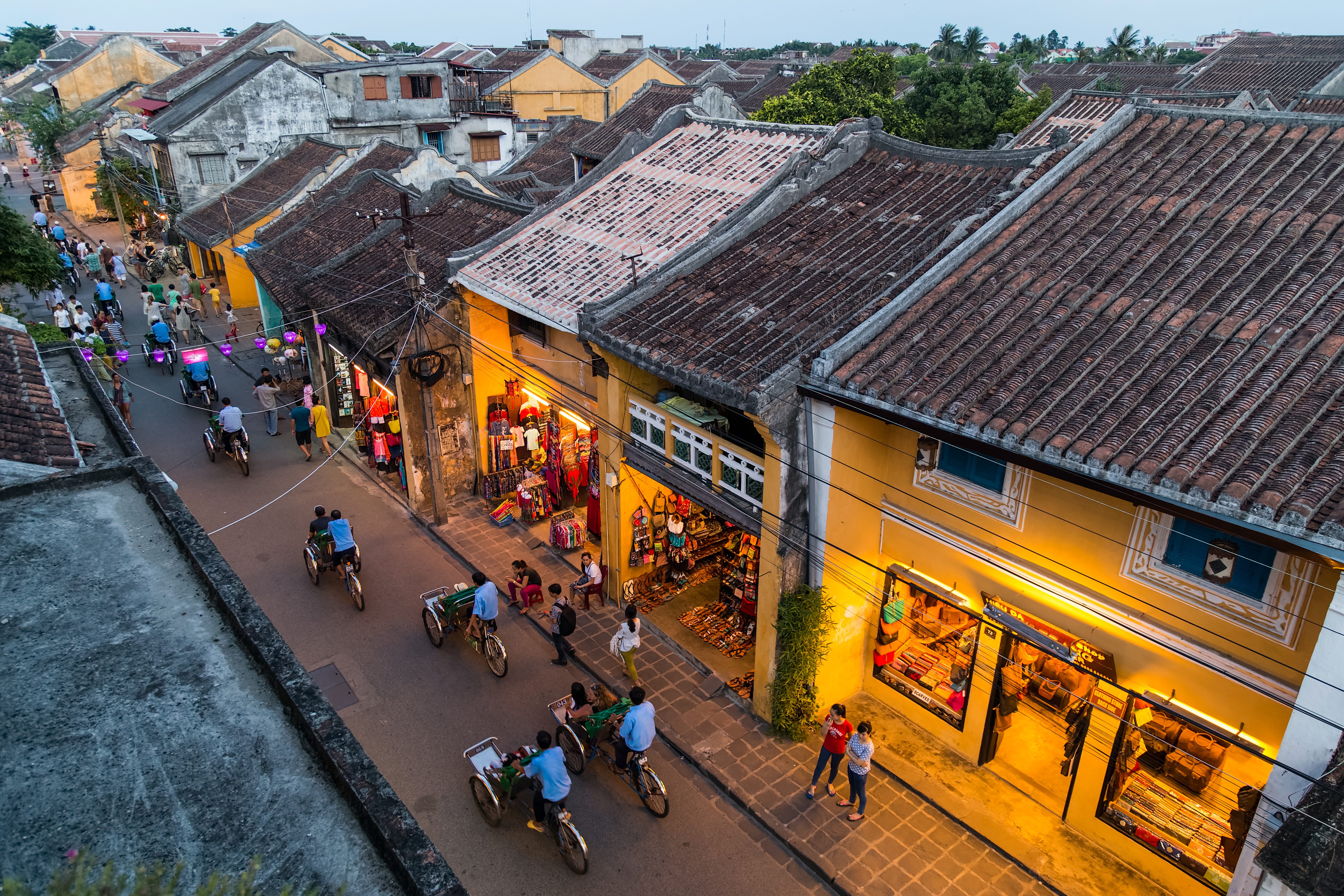 Small, yet full of charm, this incredibly beautiful town in mid Vietnam is a favourite amongst travelers. Unlike the bigger cities in Vietnam, the ambiance here is more relaxed and calm, you can wander around without feeling stressed and it’s so incredibly pretty to look at. The Old Town is classified as a UNESCO World Heritage Site. As the sun sets, the lanterns start to light up and the town transforms completely.

Modern, classic and elegant, Hong Kong is a must if you’re traveling to Asia. It’s a bustling city full of life and movement. There’s always something to do in Hong Kong, which is why people love to go here. It has proclaimed itself as “Asia’s World City”. With its tall skyscrapers and important financial centres, it surely is one of Asia’s most fascinating cities. But there’s more to it than just big buildings. When you’re craving nature, do the “Dragon’s Back” trail, which has been voted as the World’s best urban hike, where you’ll end up on one of the most beautiful beaches in Hong Kong. Yes, there are beaches there, and they’re absolutely wonderful. It’s a city which will blow you away. 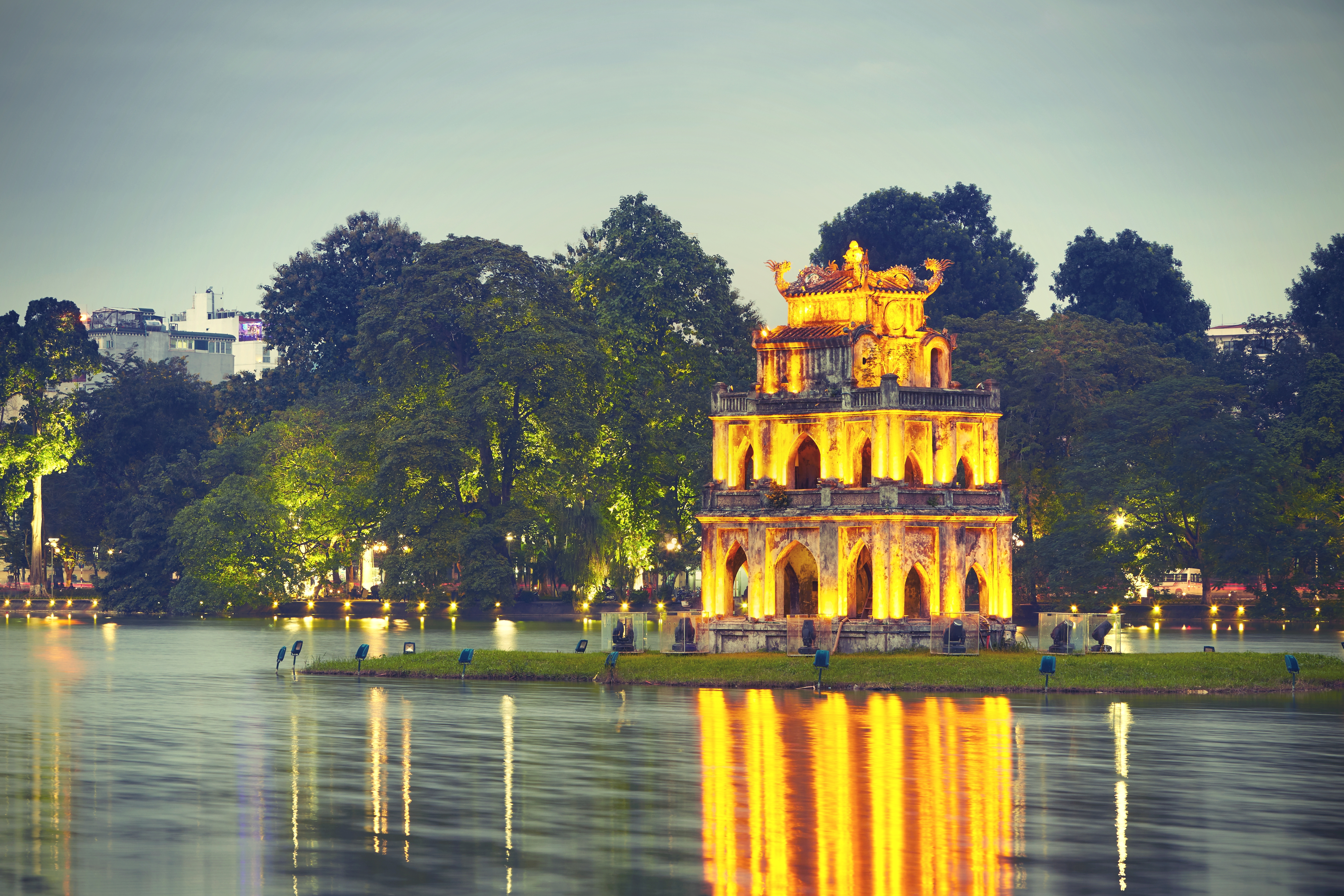 The capital city of Vietnam is one of the most ancient capitals in the world and is a great place to explore on foot. The city is known for its old French-colonial buildings as well as its incredible cuisine, handicrafts, vibrant nightlife and the ever charming Old Quarter, which is also known as the Backpacker district. But if you’re craving something more quiet, the countryside is only a short drive away. If you’re planning on traveling to Vietnam, remember that you need to apply for a Vietnam visa in order to enter the country. You can either get a Visa on Arrival, E-Visa or apply with the Vietnamese Embassy or Consulate.

One of the wealthiest cities in Asia, Tokyo is both fascinating, hectic and diverse. Tokyo has indeed, something to offer for everyone. The city is full of contrasts – one second you’re in colorful Harajuku and the other you’re in the business district with tall skyscrapers. Tokyo is best enjoyed by just wandering around and exploring, taking photos of the interesting, and sometimes downright odd, buildings and stores. It does help that Tokyo is one of the safest cities in the entire world so you can travel here with ease.

If you’re looking for a really big city to visit, you can always go to Shanghai, which has over 23 million people living in the city. The city is incredibly modern but has still maintained its traditional charm. There’s also a French Quarter, where you can see the European influence in the buildings – and even bakeries! Don’t forget to go to The Bund, which is equally impressive at night as it is during the day.